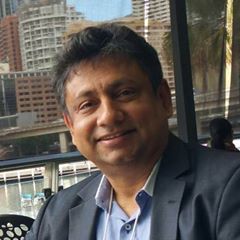 With an industry experience of over 29 years,  prior to founding Digileap, Supriyo has been running  Polaris in Asia Pacific,  Japan, Australia/NZ and Middle East as the overall business leader for nearly last 12 years, including as a Board Member for several of Polaris entities in Singapore, Malaysia, Thailand, Vietnam, Indonesia, Philippines, HongKong and Japan.

Supriyo started his career with ITC Limited ( a BAT UK subsidiary) and worked with Unify Corporation in US, BMC Software in US, Polaris Software in Asia Pacific and VirtusaPolaris in London, prior to founding Digileap and driving the organisation as the Chief Executive Officer. During 2001-2004, Supriyo was an IT entrepreneur and his company represented several different IT leaders in Asia Pacific.

Supriyo has an active interest in Capital Markets and was a certified Derivatives trader with Singapore exchange and has trading interests in markets of Asia, India and US.

Supriyo has an active interest in engaging his time in pro-bono teaching and pro-bono advisory for fund strapped qualified startups. Supriyo is actively looking for CSR partners for several social initiatives to be launched in the areas of Teacher recognition, Means Scholarships for Talented. 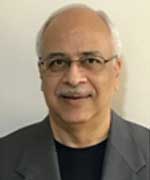 With over 36 years of all round IT experience, Sudhir is a recognised expert with proven track record of managing Software Development Outsourcing, Delivery, Operations and Support.

Sudhir is a Master of Financial Management from NMIMS (University of Mumbai) and is a resident of Mumbai. He loves reading, watching movies, yoga and listening to old film songs and spiritual discourses 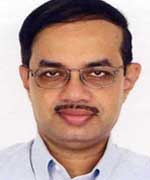 Durjoy heads the Anti Money Laundering and Countering Terrorism Financing Practice. He is an industry veteran with multiple decades of experiences and has deep understanding of KYC, AML, CTF, Infrastructure, Program Management.

Durjoy has an Advanced Certification in Governance, Risk and Compliance (GRC) Management and specializes in the areas of AML (Anti Money Laundering) and Sanctions violations, particularly in Retail, Private, Corporate banking and mobile finance businesses.

Durjoy hails from Indian Institute of Technology and lives in Singapore with his family. 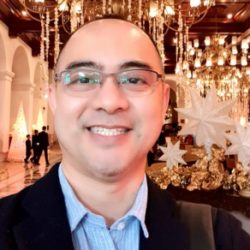 Rob after working as a consumer banker for 17 years, shifted to Information Technology, helping his colleagues in the banking & finance industry deliver better efficiency and performance to its customers and stakeholders.

A former VP level – Department Head Banker of top multinational banks, such as Bank of America, Citibank N.A. and Standard Chartered Bank. Exposure includes leading the bank’s sales distribution and business management of consumer products such as Merchant Services, Credit Cards and Personal loans. All of which became recognized leaders in their respective products / industries under his guidance.

Was a Country Head, Director for a (Gartner leader rated) Top 10 FINTECH Software company, he was the main proponent in incorporating the local subsidiary as well as setting up its sales and operation in the Philippines. During that time out of 33 countries where his firm was operating, at that time he was the only non-Indian national serving as a Country Head, this led to multiple project wins cementing Philippines’ footprint in Asia as a key country.

Bhaskar is a senior executive, strategist, and a technology entrepreneur with over 22 years industry experience and with a proven track record of setting up successful disruptive innovation technology businesses. In addition, he has the executive management experience in setting up and growing technology business units and in setting up innovation charter for global Tier-1 organizations. Furthermore, he had led global transformation programs and CIO advisory across Australia, NZ, UK, APAC, Europe and USA. He is passionate about innovation around customer experience and personal experience management leveraging digital technologies. Improving seamless interactions towards better customer experience is what he is good at.

Bhaskar holds an MBA in enterprise management & strategy from IIM Bangalore along with a master’s degree in computer applications and an honors degree in mathematics. He lives in Sydney with his family and loves listening to classical music in his spare time.